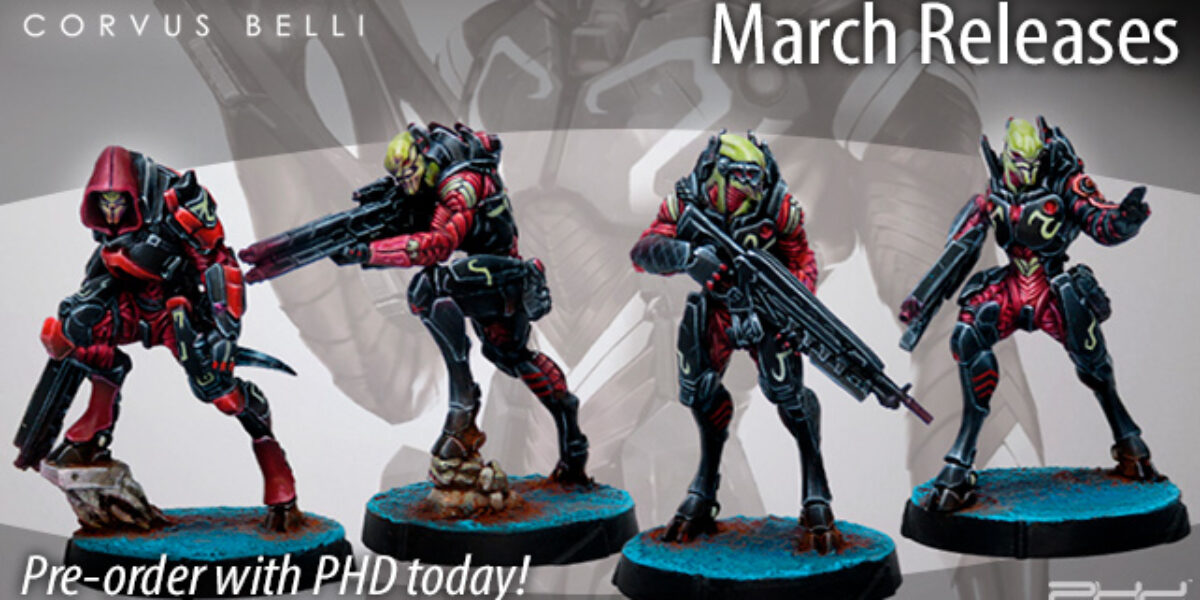 The Zhēnchá are the first to arrive in the area of operations, but by working with a front-line attack force like the Invincible Army, half the time they are already under hostile fire and exchanging gunfire before even knowing who the enemy is.

They are not the Invincible Army for nothing. This Heavy Infantry will be in charge of protecting the advance of your troops, taking advantage of their Camouflage and Infiltration. With his Submachine Gun, he will avoid threats from tough enemies so that your Invincible Army (CVB281304) will win.

The Namurr emerged during what would be known as the Human Edge’s Apothecary Conflict. This crisis was the Namurr’s baptism by fire that gave them a grand entrance into the Human Sphere’s secret legends.

The super soldiers arrive in Haqqislam (CVB280489). Fast, resilient, and lethal, they will become a must in your army lists. Thanks to their Spitfire and their high fire rate, nothing can stop them.

Nox Troops prefer the night because it facilitates their work: causing chaos and sowing fear. They are stealthy like the night breeze, and their bright, cold eyes reflect no compassion. They are called Nox because they represent the darkness that hovers over the enemies of the Shasvastii race.

This box includes four miniatures: one Nox with HMG, one Nox with MULTI Sniper Rifle, one Nox with Submachine gun, and one Nox Spec-Ops with Spitfire. There are also alternative arms with a Combi Rifle and a Light Grenade Launcher. This is a vital addition to your Shasvastii Army from the Operation Wildfire Battle Pack (CVB280026).

KTS is a private military security firm and a subsidiary of Beyhan Contractors Şti, an engineering and construction company property of Hikmet Bey, one of the wealthiest Silk tycoons alive.