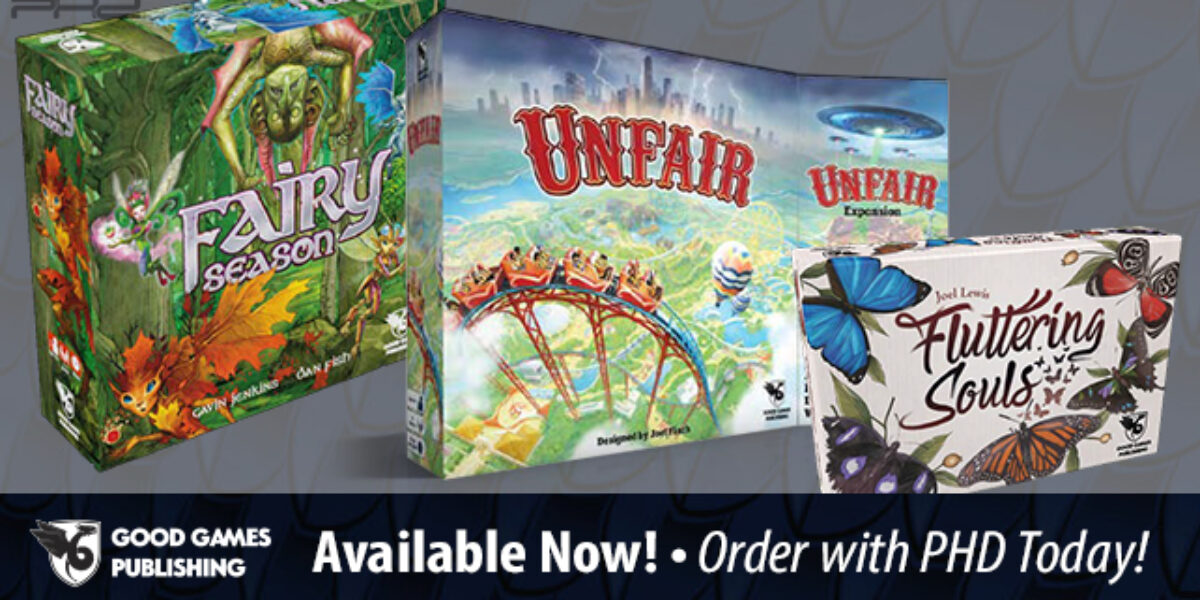 It’s fairy season! The goblin chiefs (the players) order their goblin flunkies into the forest to catch fairies across the four seasons and shake out their fairy dust to make a wicked winter brew! Herd fairies into swarms, and use goblins to trick and trap them. Lure in the mighty royal fairies to free their flighty fairy friends—then catch them too! The chief who catches the most fairies wins.

Fairy Season is a trick-taking card game in which players take turns playing Fairies, Traps, Goblins, and Royal Fairies in an attempt to capture the pile (called the swarm) and add it to their private stash. This is achieved when the next player in turn order cannot play a card to beat yours. At the end of the game, players count the Fairies and Royal Fairies in their stashes, with the highest score winning. There is an alternate victory condition also—any player who can capture all four Fairy Royals wins immediately!

Fluttering Souls is a captivating, beautifully illustrated, two-player game based on the Japanese legend of The White Butterfly. You will compete to collect a kaleidoscope of butterflies in the hope of being visited by The White Butterfly: the soul of a lost loved one.

Fluttering Souls is a two-player game made up of 3 to 5 rounds. In each round, players take turns collecting butterflies from a partially open layout of butterflies, attempting to limit their rival’s next choice as they go. They earn victory points for sets of butterflies. The player who collects the most victory points at the end of a round is awarded a White Butterfly token: a visit from a lost loved one. The first player to collect 3 White Butterfly tokens is the winner.

Unfair is being re-released from the original publisher, Good Games Publishing.

Build, bribe, and blackmail with all the fun of the fair! Unfair puts you in charge of building the city’s best theme park, whatever it takes. But watch out—your competitors may pay off safety inspectors to close your rides or hire hooligans to vandalize your park! Build wisely, and protect your park to make sure you come out on top! Unfair is perfect for mid-weight strategy gamers looking for flexible and strategic gameplay and unparalleled replayability. It works well for couples and as well as for regular game groups. 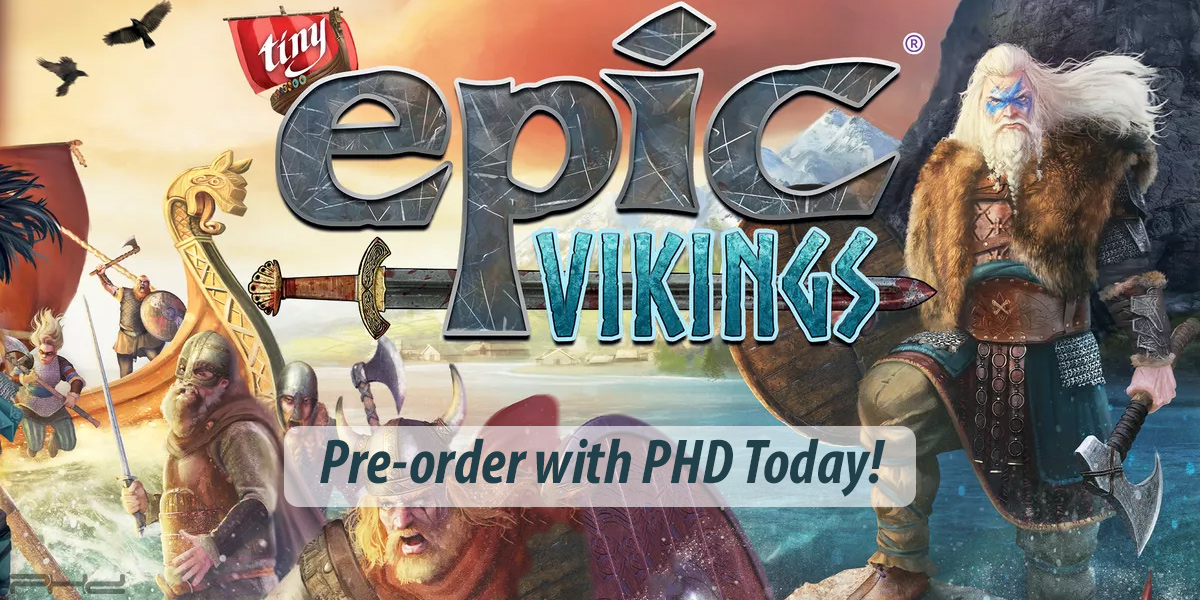