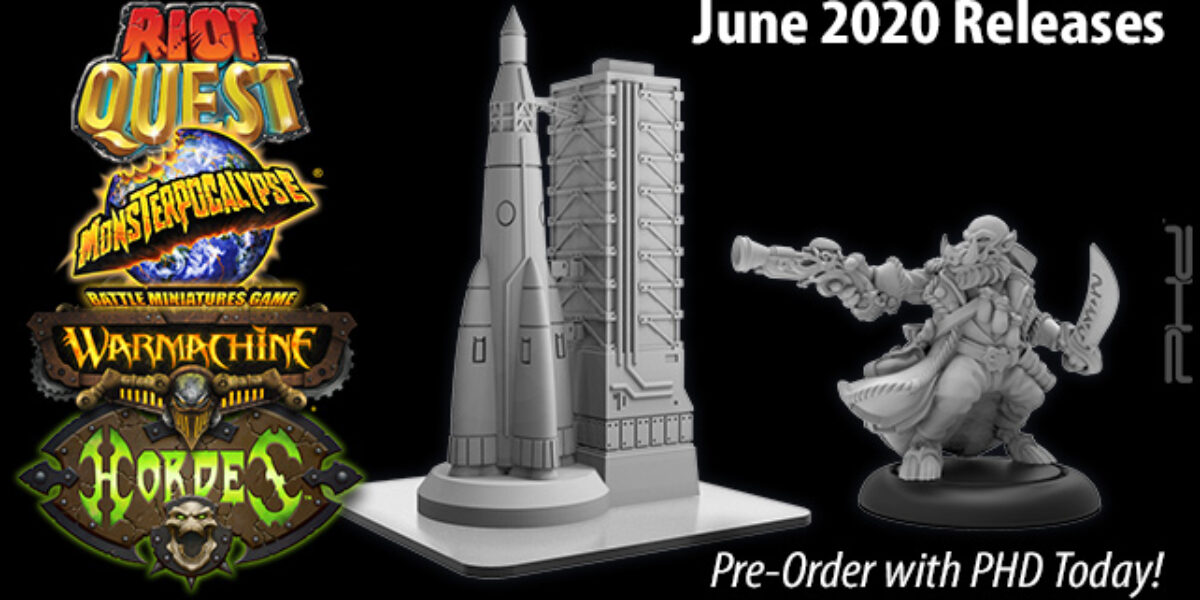 While the Monsterpocalypse has pushed science to boundless new frontiers, some long-running programs have lost funding. This has led to the abandonment of some structures no longer deemed necessary. The rarest of these facilities are the rockets that used to propel man into space. As they sit rusting, these lonely relics of a simpler age have attracted all manner of con men, crackpots, and dreamers. As the Monsterpocalypse intensifies, many of the abandoned rockets have been salvaged by those who want to use them to flee Earth. Few, if any, of the vehicles are capable of spaceflight, and most of the launches to date have ended in more catastrophes than less.

The Rocket Gantry is a new building that any player can add to their city. Though mistakenly deemed by some to be a means of escaping the destruction ravaging Earth, these malfunctioning rockets are quite capable of Razing other buildings when they inevitably misfire and come crashing back down to earth.

The legitimate news companies that attempt to provide the public with information about the Monsterpocalypse vie for ratings with less reputable sources and channels providing much needed distraction. Getting one of these organizations on your side can sometimes make the difference between being perceived as a hero or a villain.

The Media Company is a new building that any player can add to their city. The Static generated by these buildings has a habit of interfering with the Actions of those fighting nearby. Players who take control of this building can use the Propaganda it provides to disrupt their enemies’ most basic resources.

It is common in times of great turmoil for people to rely on their faith to give them hope, no matter how dark things may seem. The Monsterpocalypse is no different. Religious organizations provide relief for many victims, helping them to resettle and sometimes providing refuges when the danger is highest.

The Cathedral is a new building that any player can add to their city. These places of worship provide much needed basic resources to those fighting for Earth, both in the form of Charity and guidance.

After having his personal pyg tank stolen by the thieving duo of Ledfoot & Tredz, the self-titled General “Thunderstone” Brug persuaded enough of his brethren to form a small army (is that a height joke?) and go get his property back! What Brug lacks in size and martial prowess, he makes up for with legitimate tactical genius and guile. With enough willing soldiers at his command, there aren’t many tasks Brug can’t accomplish. As for the few that are beyond his means, well…he’ll just bury them in ordinance.

General Brug is a Specialist Hero that loves to support other ranged Heroes. Thanks to his Special Action: Fire! Ability, Brug can make other Heroes in his crew shoot at enemies during his turn, even if they’ve already spent action dice.

Brug is also playable in Warmachine & Hordes as a Trollblood Pyg Solo that provides a massive amount of support to other Pyg models in his army.

The dashing and daring Lord Azazello is no simple bandit—he’s a legendary Farrow thief and adventurer. Before the apocalypse, Azazello made a small fortune robbing the Ordic elite in unbelievable heists. A noble would barely have time to notice Azazello and his band of hand-selected henchmen swinging down from the chandeliers before they were robbed of both their jewelry and their pride.

Not much has changed for Azazello since the world went boom; he travels the wastes seeking great adventures—as long as they pay well.

Lord Azazello is a Rogue Hero that excels at disrupting enemy positions. Though he is dangerous with his Wide Boar Pistol at range, Azazello is most threatening up close in melee. With his Deadly Dance Ability, he can hit an enemy in melee, move a couple of spaces away, and then place that enemy next to him in the Arena. This trickery, when combined with his Dirty Fighter Ability, makes Azazello a real mean Hero to deal with.

Lord Azazello is also playable in Warmachine & Hordes as a Minion Farrow Warlock that supports infantry heavy armies in ways that Minion players have never seen before.

Gobbers are supposed to be cute, adorable little tech-savvy scamps, right? Wrong! Meet Malvin, the master of mechanical mayhem. He couldn’t give a gorax’s toe how cute you think he is. No, Malvin is too busy engineering evil inventions in order to help him get exactly what he wants: everyone else’s stuff!

Enter Mayhem, Malvin’s newest creation, a custom warjack with a bad attitude and a wonky cortex. Mayhem is the brawn to Malvin’s undeniably genius brain. Malvin & Mayhem are ready to take on every crew wandering the ruins of Immoren, if they’re dumb enough to actually fight back.

This expansion introduces an entirely new way to play Riot Quest: co-op boss fight! Players can use the special rules insert and Boss cards found in this expansion to battle their Crews against a super-powered Malvin & Mayhem. This mode can be played by 1–4 players, though solo mode can be a bit of a challenge.

Additionally, the Malvin & Mayhem model can be played as a standard member of a player’s Crew in any game mode of Riot Quest. This expansion also includes a normal Hero stat card and Riot Gear cards for when Malvin & Mayhem are played regularly.

Malvin & Mayhem are also playable in Warmachine & Hordes as a very unique Mercenary Minion Gobber Heavy Warjack that is completely independent of any warcaster or ’jack marshal. They can be included in any army or theme force that also includes another Gobber model!

PrevPreviousWeiss Schwarz: That Time I Got Reincarnated as a Slime — Bushiroad
NextPremiere Playset PRO-Binder — Ultra•PRONext