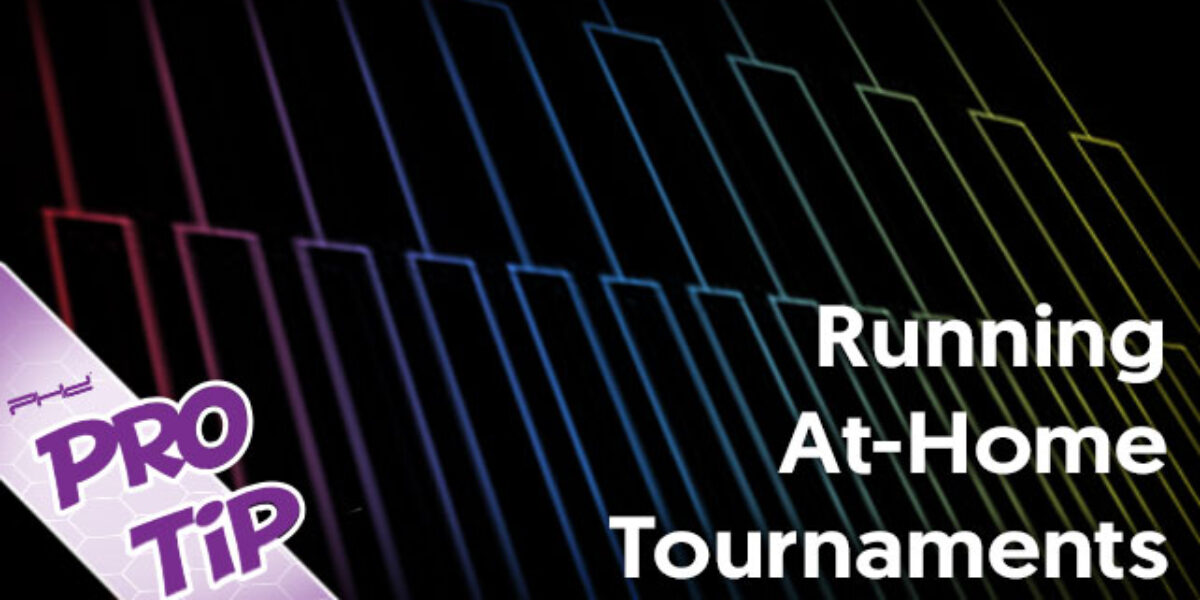 Wizards of the Coast has provided a great starter guide to setting up your store on Discord (“Keeping Communities Close Through the Pandemic: A 1st Step”), which serves as a great social-media platform for groups of similar interests. It allows you to set up multiple chat rooms within a channel, so players with various game preferences can find their communities. There are even voice chat rooms, allowing you to talk with potential customers and players without complicated Skype invites or group calls.

You can check out that article for great tips on how to set up your Discord server, make your store and your Discord findable through the Wizards Store and Event Locator, and take advantage of exclusive Arena rewards. Once you have set up a way for your community to stay connected—whether it’s Discord, Facebook, or whatever else—how else can you keep customers engaged while also helping your store?

Of course, you can use your social media to help orchestrate your orders for shipping, delivery, and curbside pickups. Those are all great shopping solutions, but they’re not solutions for playing or sustaining community. In our “Don’t Cancel the Game” article, we shared several ways players can connect with each other and play from home, and your social media will be a great way for them to find friendly opponents.

But by organizing at-home tournaments, leveraging the communication of social media and the platforms of these various gameplay websites and apps, you can keep involvement high among your player base.

Many players have already become quickly accustomed to playing games via webcam, and TCGs are especially suited for this—since each player has their own deck already, sharing components is rarely an issue. Board games can be slightly trickier, as each player may need their own copy, but official implementations of many board games are available through Tabletopia, Tabletop Simulator, and even various high-quality apps, including Star Realms on the Google Play store and Scythe on Steam. And the ingenuity of players means they can find a way to play almost any card or board game online.

Many stores have adopted the option to allow players to purchase gift cards during recent weeks to help during difficult times. But by running online tournaments, you can get the players a little more involved.

When you run an online tournament, organize it through your social-media channel, and then charge an entry fee—maybe $5. These entry fees can then be paid out as prizes in the form of store credit. Depending on the players, the game, and the platform, you may be concerned about dishonesty, but flattening the prize payout can help—as can random participation prizes, which don’t necessarily reward winning.

Constructed TCGs — Organize the pairings on social media, and then players can pair up with each other via webcam, Arena, Magic Online, Yu-Gi-Oh! Duel Links (Speed Duels), or some other solution.

Magic Draft — Run a simulated Drafts event by having the draft done on a site like the Tapped Out draft simulator. Then, players use the drafted card pools to play via webcam or whatever online platform they prefer.

Any Board Game — There are literally hundreds of board games available via app, whether on mobile devices, websites, PC (Steam, Tabletopia), or Nintendo Switch. Just pick a game your players like, and find the app. Many of these will be paid apps, but some, like Star Realms, Legendary DXP, and the newly launched Epic, are free. Suzanne Sheldon of The Dice Tower podcast maintains a list of iOS and Android game apps.

Video Games — While video games might not be a great fit for a hobby game store, now could be a fun time to try something a little different. If your players already enjoy League of Legends or Mortal Kombat XI, for example, why not organize an online tournament for them? You could even pick a Slay the Spire seed and see which player has the best run.

Infinitely Scaling Games — Some games, like Bingo, allow anyone with the components to play, as someone leads the game by calling out numbers or other information. Tiny Towns is a great example of this style of game. Run this type of tournament live, preferably with a video stream of you calling out the info players will need. Here’s a Tiny Towns Play-Along Tutorial & Playthrough from JonGetsGames so you can see the idea in action. Also, Jamey Stegmaier of Stonemaier Games designed an infinitely scaling roll-and-write game and ran it on a live stream (“Nine Worlds v1 playthrough”). Anyone can print out a copy of this game to play along.

Gamers have been organizing online games and will continue to do so over the coming weeks, but by maintaining your position as the hub of your gaming community, you can keep your players engaged both with each other and with you. Set up tournaments for the games you know your players love, ask your players what other games they might like to try, and maybe even get them to try a game they might not have made time for in the past.