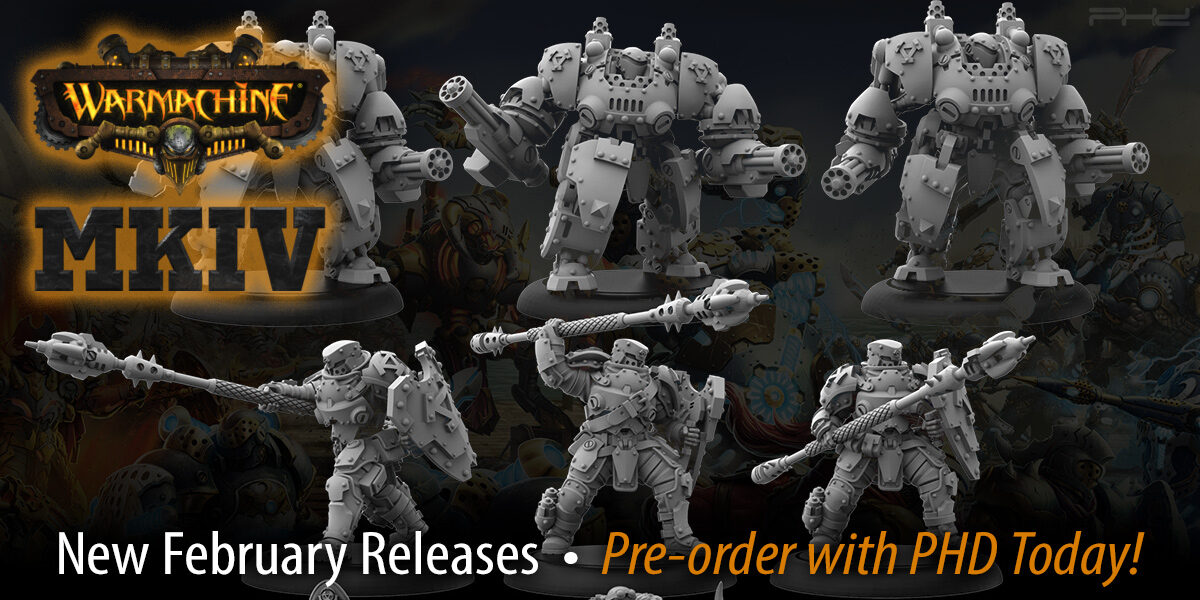 This item is only available as a pre-ordered item and will only be available for one time during the month it releases, while supplies last. Orders will not be accepted for this item after the pre-order window closes or after its release month.

Fortify your position and hold your enemy at bay with Warmachine MKIV Scenario Defenses! Each pack
contains four small defensive terrain pieces that can be placed on the battlefield during scenario setup.
Usable by all armies in Steamroller 2023, leagues, and future scenario content coming soon! 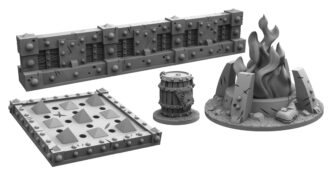 As war once again descends upon the Iron Kingdoms, Khador’s great army is on the move to counter any threat to the Motherland! Take your battles to the next level with the Winter Korps Army Expansion. Change up your tactics with the new warcaster and unlock new arcane capabilities with the character solo. The support solo and three new units, including the large-based Man-O-War Suppressors—the Winter Korps’ mechanized infantry—add enough options to your Core Army Starter to field 75- and 100-point armies. (Note: 100-point games require three warjacks in a force, not included in this expansion.) 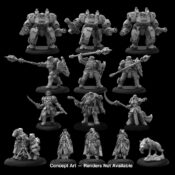