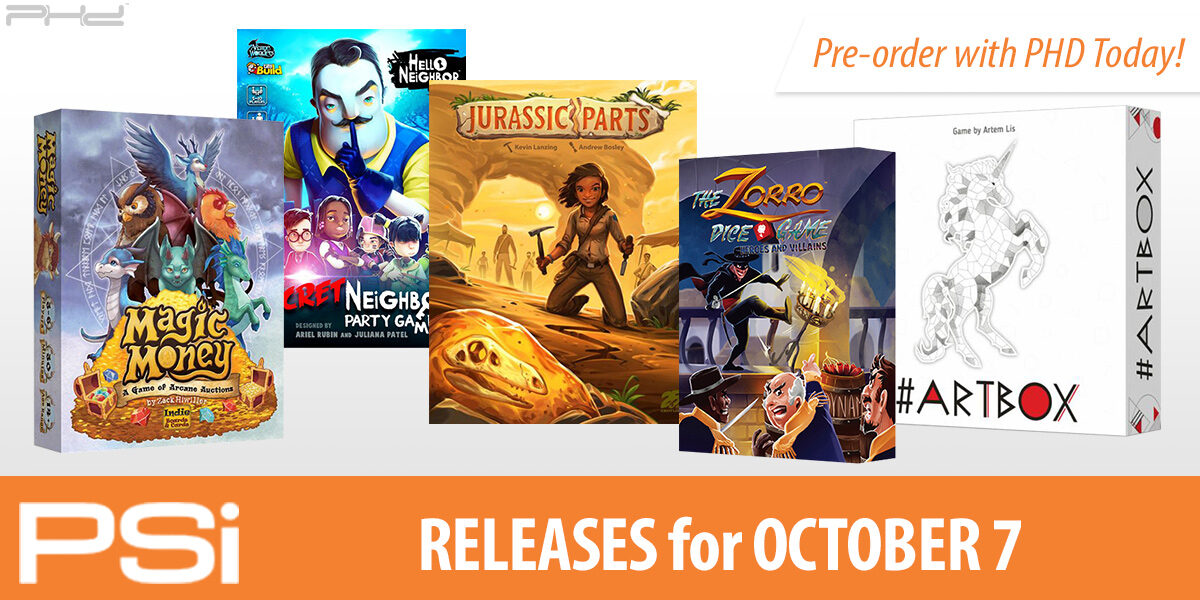 Your creepy Neighbor has something locked up in their basement, and it’s up to you and your friends to reveal their plot. You’ll need to use Objects you find around the Neighbor’s house to locate three different Keys, but there is one problem: Some of your friends are secretly villainous Neighbors in disguise! Trade and cooperate as one of the Kids, or steal and lie your way to victory as one of the Neighbors in this thrilling social-mystery card game where you’re never quite sure who’s on your side. 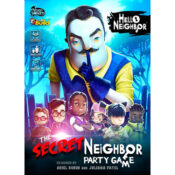 #ARTBOX is an unusual and fun game in which each player becomes a modern artist. Each game round is an exciting competition of trying to depict your word using just several shapes. Players will also have to challenge their deduction, trying to guess what their opponents tried to depict. The game features simple rules, quick turns, and creative gameplay. 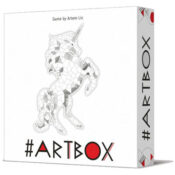 Welcome, paleontologists! This is it: the field assignment you’ve been preparing for your entire life! Over a dozen dinosaur fossils lie buried in a huge slab of rock. Time and the relentless forces of geology have mixed up the bodies, but that’s a small problem for your team. For now, sharpen your chisels, and ready that hammer! It’s time to get cracking and liberate the precious fossils from their rocky tomb. For the good of science (and your own reputation), be sure to claim the biggest and best fossils for yourself! 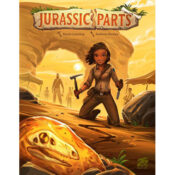 Jurassic Parts is a small-box area-enclosure and set-collection tile game featuring dinosaur fossils! All players have access to the same slab of rock. The goal is to split it apart and claim complete dinosaur skeletons—the bigger the better! Who wouldn’t want a Tyrannosaurus Rex in their living room…or in a museum, if the price was right? 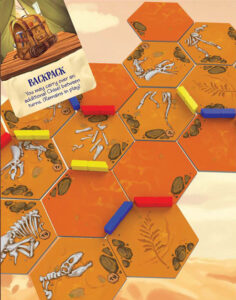 Merlin the Magnificent has passed away and left behind a marvelous menagerie of magical monsters to be put up for adoption. Bid against your fellow wizards to take home adorable critters of all shapes and sizes. As a magician, money is no object—you can create as much of it as you need to win the auctions, but whoever has spent the most money by the end of the game is out! 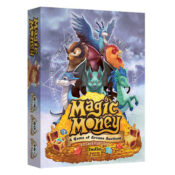 In Magic Money, players bid on a creature card every round by secretly writing down an amount of money they are willing to conjure up from thin air. The player who won the previous round of bidding is the auctioneer and takes all the bids. Only the opening bid and the winning bid are revealed to all players.

Once all the creatures have been won, players score their cards winning points for the horn, wings, and heart attributes on their newly won creatures along with any other special abilities that may give additional points or change what they had bid earlier in the game. Players also reveal the sum of all their bids for the game ,and the greediest wizard—the one who has bid the most—is eliminated. 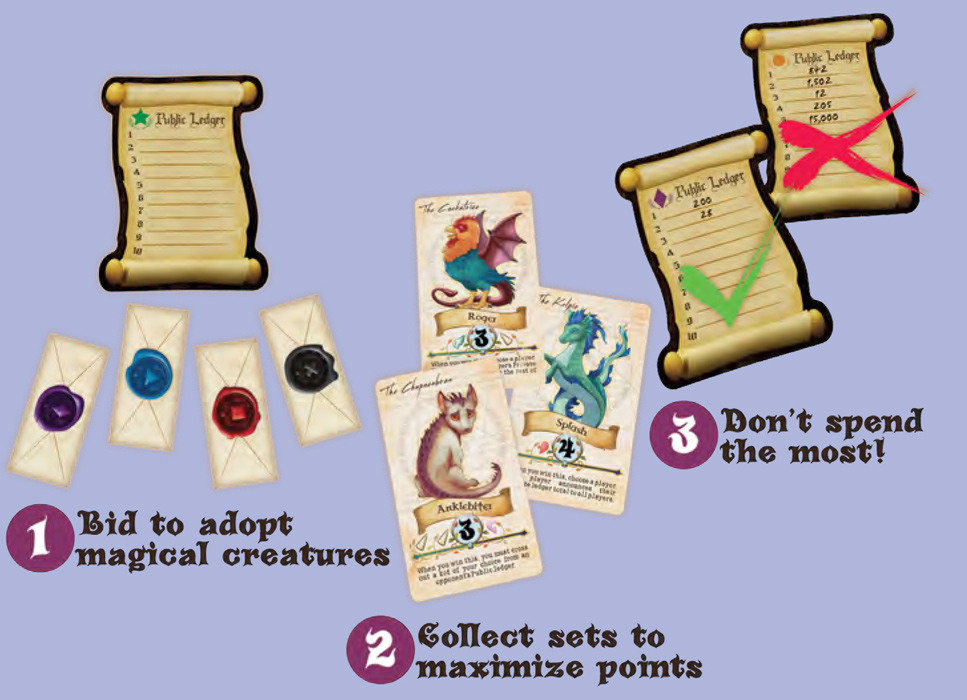 This first expansion to The Zorro Dice Game (OWG1001) broadens the player count in both directions, bringing it down to 1 player and up to 8 players. It has more villains, more scoundrels, more premium equipment, and more common equipment. Whereas the base game kept everything very simple and straightforward, the expansion adds some more complexity, which also opens up more opportunity for combos and strategies. 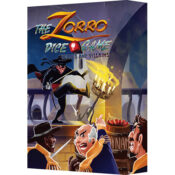