Dungeons & Dragons Strixhaven: A Curriculum of Chaos — Wizards of the Coast 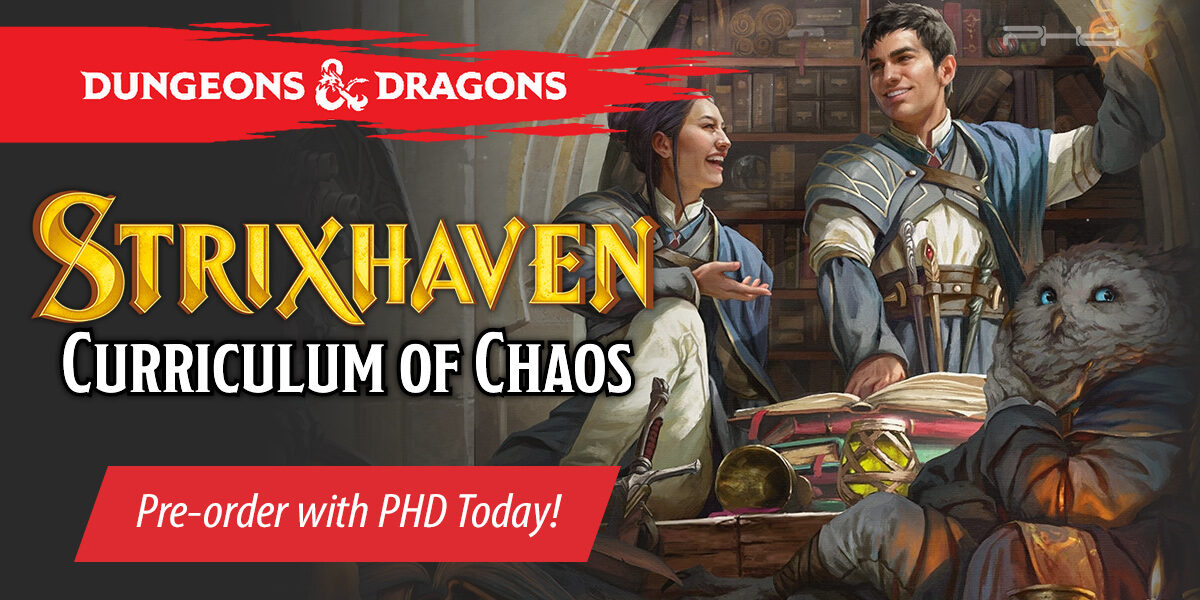 Strixhaven: A Curriculum of Chaos is an upcoming D&D release set in the Magic: The Gathering world of Strixhaven. Tune into D&D Live 2021 presented by G4 on July 16 and 17 for details including new character options, monsters, mechanics, story hooks, and more!

In the meantime, we can only speculate on what kind of secrets may be uncovered in A Curriculum of Chaos, but using the Planeswalker’s Guide to Strixhaven as a starting point, one might guess that we can look forward to more on the magic school’s signature sport Mage Tower, explorations beyond the university and into the continent of Orrithia—and perhaps even the mysterious southern continent Galathul—and more lore on the sheik Oriq.

All this, of course, is in addition to the five colleges of Strixhaven that will undoubtedly be expounded upon in a voluminous, scholarly fashion for players who would have their characters join the loquacious Silverquill, charismatic Prismari, woodsy Witherbloom, chronicling Lorehold, or mathemagical Quandrix. In fact, these schools are represented as subclasses that can be playtested today in the “Mages of Strixhaven” Unearthed Arcana found here.

What more mysteries of Arcavios, its school, its history, and the Founder Dragons will be unveiled in A Curriculum of Chaos? Pre-order today, and discover the answers with Lorehold’s antiquarians and archaeoscribes when this latest Dungeons & Dragons / Magic: The Gathering crossover setting book releases later this year!