The Rocketeer: Fate of the Future — Funko Games 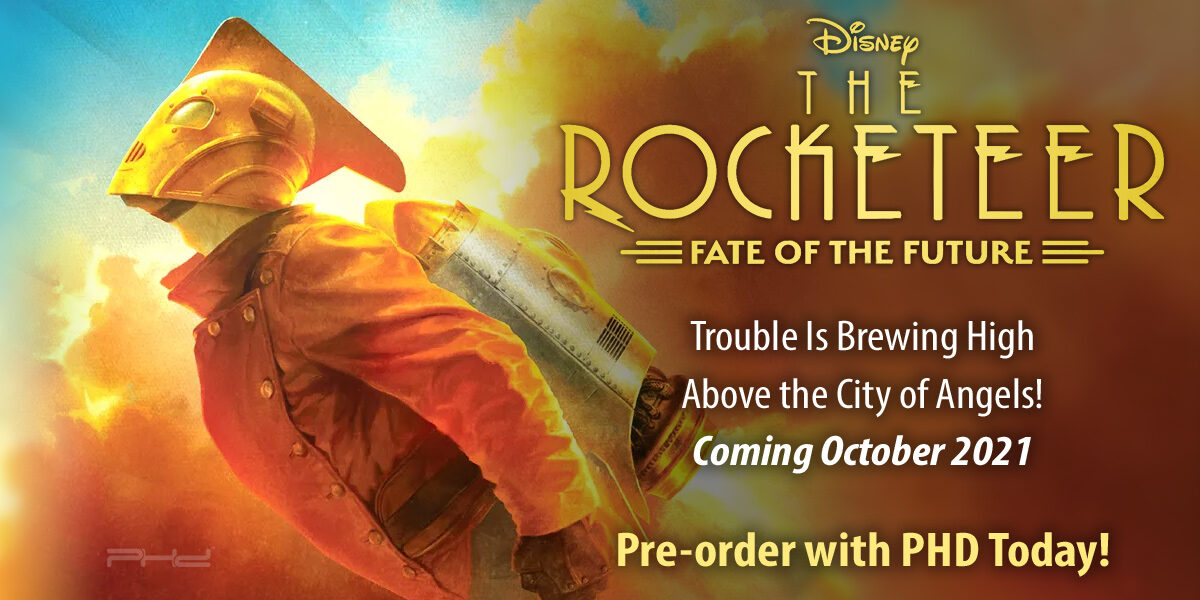 Trouble is brewing high above the city of angels! The mysterious Rocketeer —who can blast through the skies with an ingenious jet-pack—must stop a sinister plot! Hollywood actor Neville Sinclair is scheming to steal the rocket’s blueprints. This breakthrough of modern engineering could revolutionize the future of flight. But in Sinclair’s hands, it could fuel the dark future of warfare. Play as the heroes or the villains in this action-packed strategy game for two players. Whether for good or evil, you will determine the fate of the future! 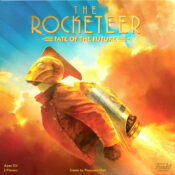 In the two-player game The Rocketeer: Fate of the Future, you play as either the heroes or the villains. On your turn, pick one of your characters and take an action with them, optionally playing cards from your hand that match that character’s symbol. The card actions are Move, Tussle (combat), Gain Grit, Raise Rocket Token (heroes), and Recruit a Soldier (villain). Players alternate turns until all six characters (three on each side) have taken actions and are exhausted. Then, players gain rewards based on control of the locations and prepare for a new round. The end of the game happens when the Luxembourg Zeppelin reaches L.A., after which you play the final round and then the game ends. 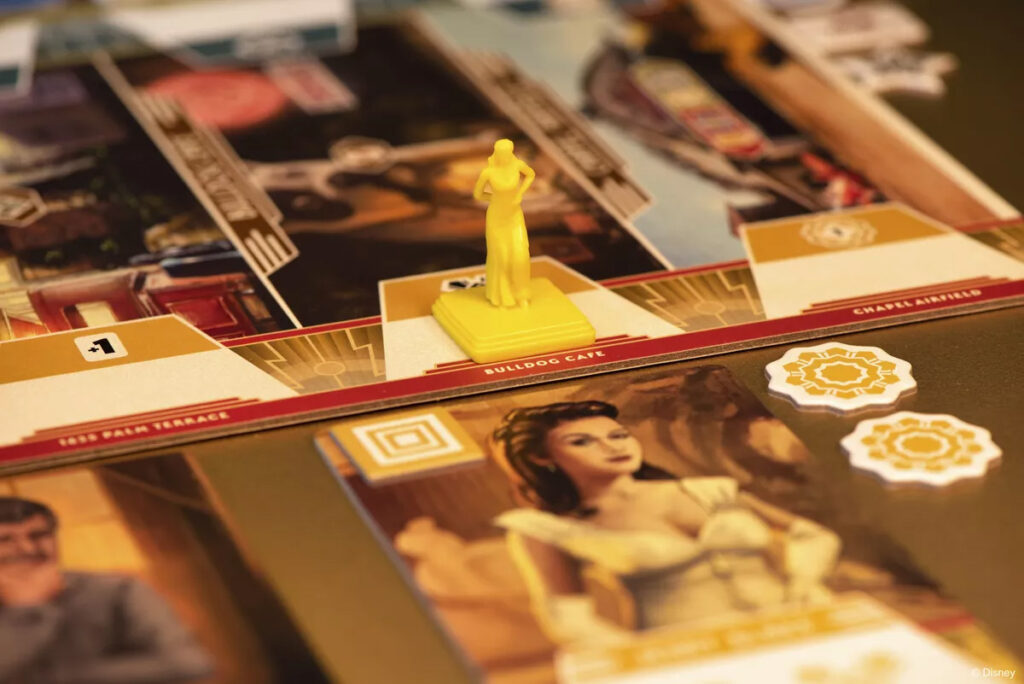 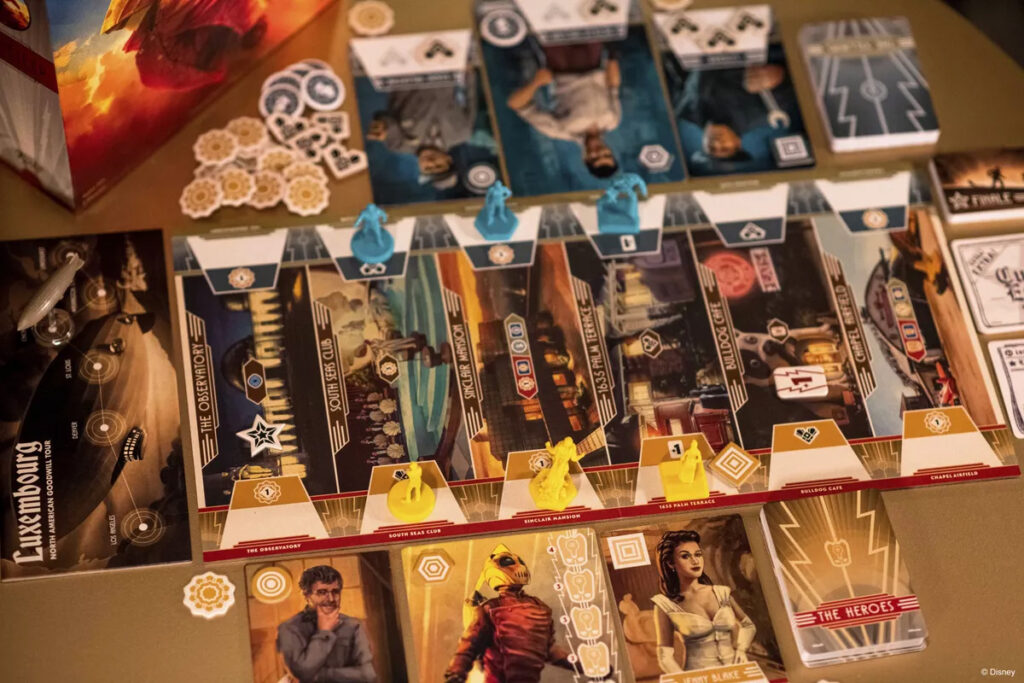