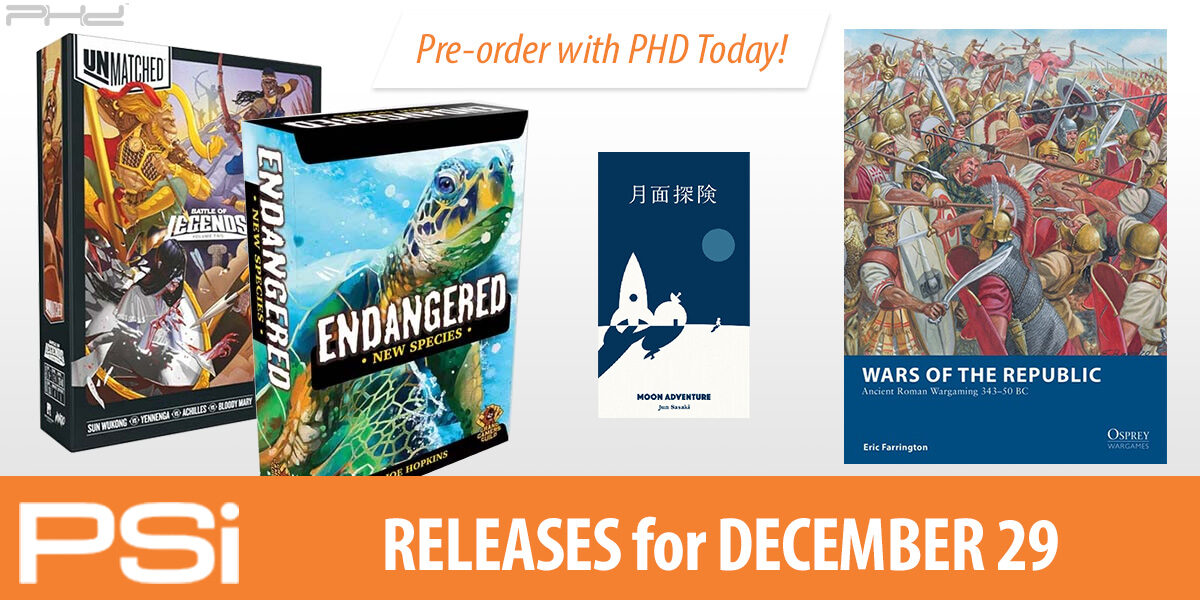 The New Species expansion for Endangered includes many great additions to the base game that will add variety and challenge to your experience. The star attraction is six new animal scenarios. Each one includes all of the Impact cards, animal tokens, new Destruction tiles, and any other specialized components you will need to test your skill at saving a different species with its unique obstacles. There are also new Specialty cards for all Roles, six new Ambassadors, and the unpredictable Policy Change variant! 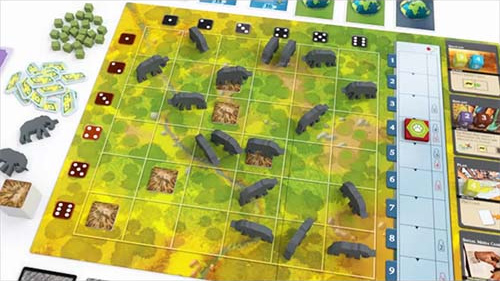 Oxygen levels are falling! You are trapped on the moon due to a massive magnetic storm originating from the sun, and all of the supplies have been scattered about the surface. You and your fellow astronauts are desperately trying to recover the scattered supplies, all while your oxygen levels are falling. Moon Adventure is a cooperative board game in which everyone must work together to complete the mission. Trust in your wits and your friends to make it back alive!

As with every Unmatched set, these heroes can face off against fighters from other sets, making it a must-have for experienced players or a great entry point for new ones. And it’s all brought to life by the stunning illustration of Zoe van Dijk and Garrett Kaida with the peerless production quality for which the Unmatched line is known.

Wars of the Republic

This is a set of wargaming rules covering the wars of Republican Rome, from the First Samnite War to the end of the Gallic Wars. From the First Samnite War and the eventual conquest of the Italian Peninsula, to the defeat by Hannibal at Lake Trasimene—and final victory over the Gauls at Alesia—Wars of the Republic is a miniature wargame designed to recreate the battles and conflicts of the Roman Republic. Focusing on the role of ancient commanders and their influence upon the battlefield, Wars of the Republic also contains historical scenarios, rules for player-driven campaigns, and multiple army lists that reflect the changing nature of the Roman military and the varied opponents it faced, be they Gaul, Italian, Carthaginian, Iberian, or Greek. This book allows you to campaign with the legions or stand firm against Roman expansion, containing all the rules required to fight battles throughout the ancient Mediterranean.

This book contains all the rules required to fight battles during this period, including multiple army lists to reflect the changing nature of the Roman military and the varied opponents it faced, be they Gaul, Italian, Carthaginian, Iberian, or Greek.