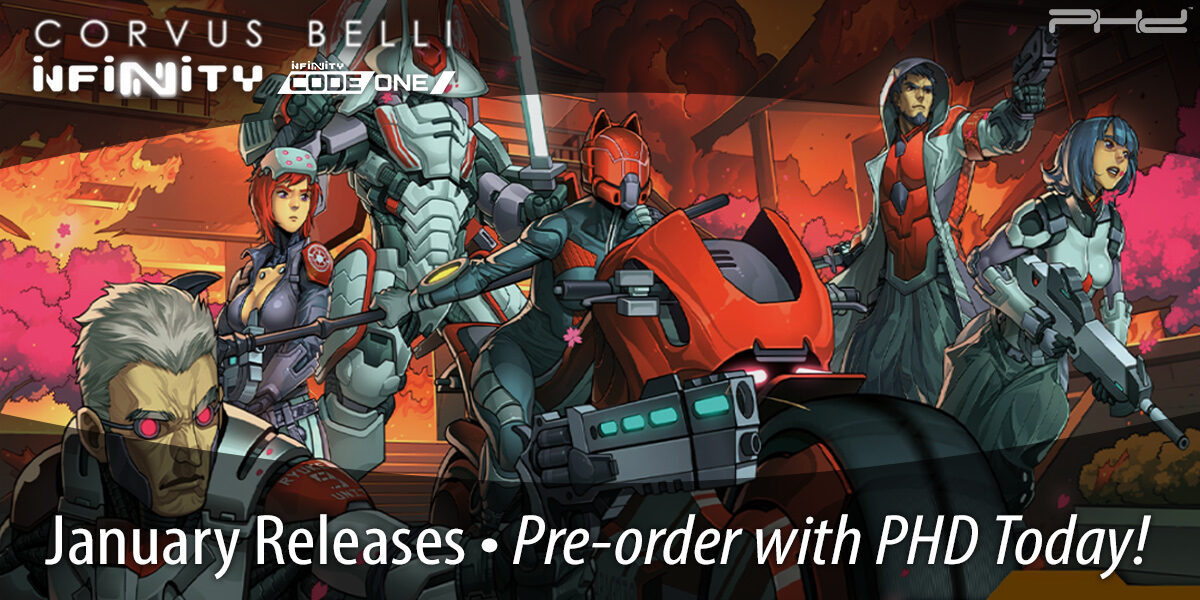 There was a moment in which the proud Japanese, who had been humiliated and treated like second-class citizens by the StateEmpire for far too long, rose up against their oppressors and claimed their freedom.

The Japanese Uprising was a brief but terribly intense and savage conflict, for which the Japanese paid a high price in blood for their victory, but they finally managed to tear away from Yu Jing. Now, as a new member of the Non-Aligned Countries, the independent Japan is a minor power, constantly besieged by a fearsome enemy—and with allies that consider it just a way of damaging the StateEmpire. 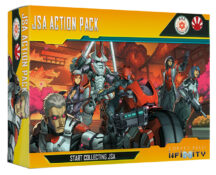 This box includes 10 miniatures: 3 Keisotsu with Combi Rifle, 1 Oniwaban with Close Combat Weapon, 1 Kempeitai with Boarding Shotgun, 1 Ryūken with Rocket Launcher, 1 Ryūken with Submachine Gun, 1 Daiyōkai with Close Combat Weapon, 1 Kuroshi Rider on Motorcycle, and 1 Kuge Delegate HVT. With this Army Pack, you will have all the miniatures you need to start playing with JSA, an army with an incredible charisma and lethal in short distances. Armies: JSA 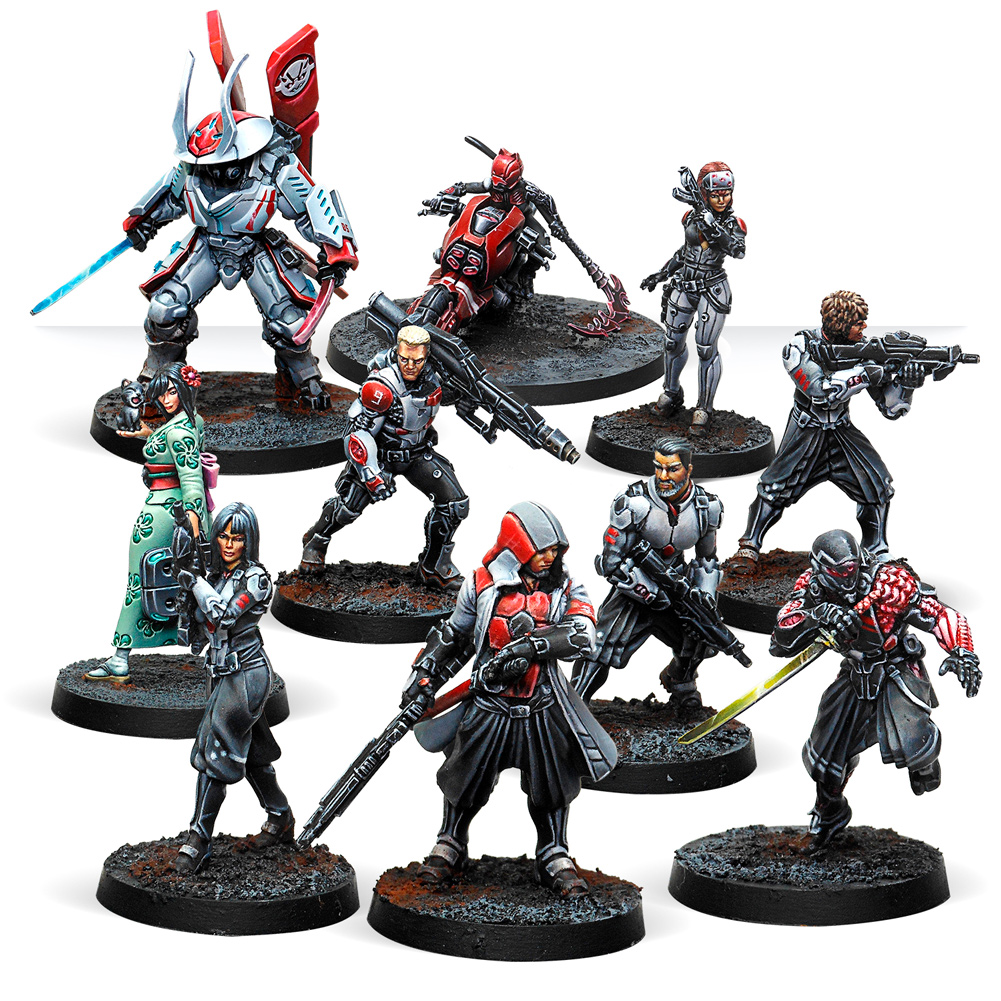 Bureau Aegis prisons are full of people of exceptional skill who, for one reason or another, ended up on the wrong side of the law and were eventually caught. Aware of this fact, the SWORDFOR command, with the prior authorization of the legal experts of Section Statera, developed the so-called Beta Program, an initiative to study cases and convictions accompanied by a process of recruitment and investigation of inmates taken from all of the Bureau’s correctional facilities who meet a specific profile. 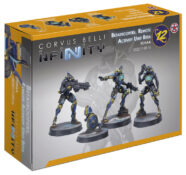 This box includes 4 miniatures: 1 Betatrooper with Spitfire, 1 Betatrooper Hacker with Submachine Gun, 1 Betatrooper Doctor with Boarding Shotgun, and a TinBot. It’s the perfect box to give a versatile Fireteam to your Starmada Army Pack (CVB282007). Armies: O-12 / Starmada 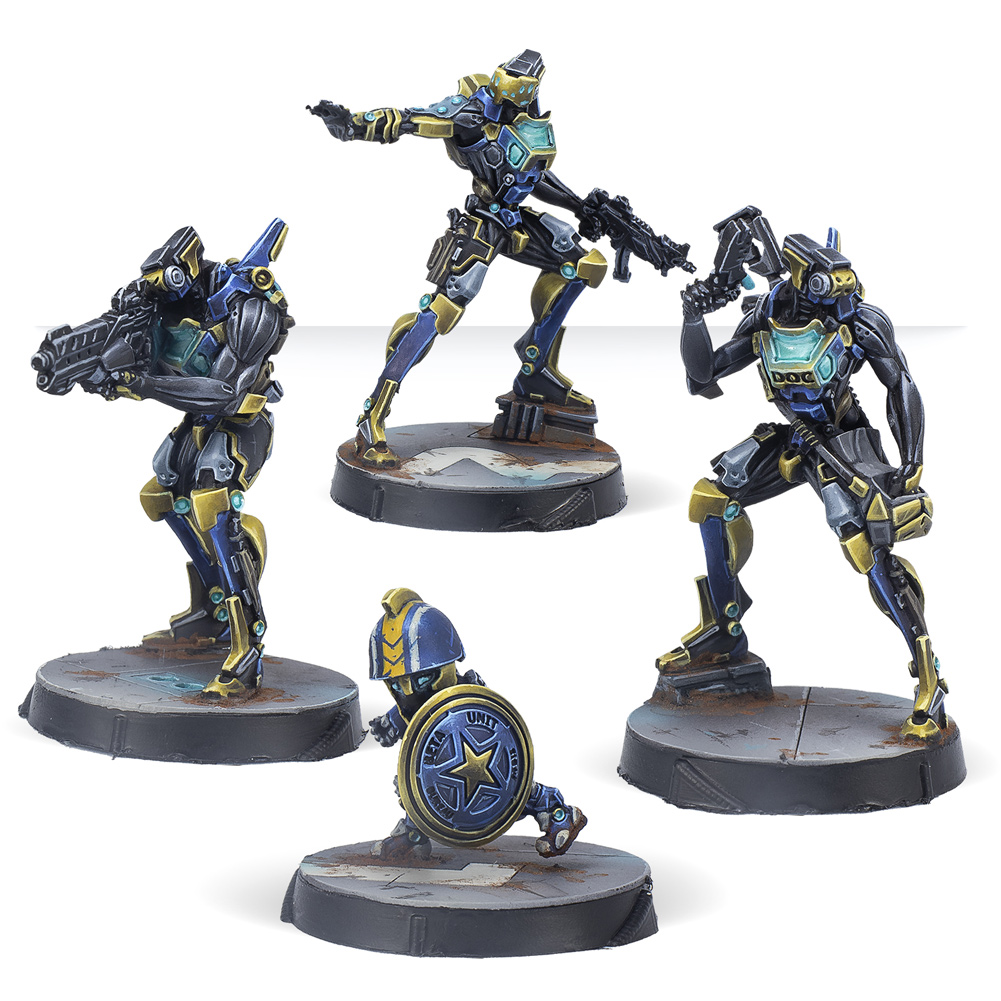 Noctifers have sophisticated devices for hiding, along with a varied collection of midrange and long-distance weapons. Their preference for nighttime activities is why they have received this code name from human troops. Moving around like invisible demons, these creatures have been created to be stealthy and cruel. They are always willing to use the dirtiest, most disgraceful tricks necessary to win a battle.

If you want to give your enemy a nasty surprise, the Noctifer with Missile Launcher is the best option. Have it appear out of nowhere and blow up your opponent’s troops. This is a must-have addition to your Shasvastii Army Pack (CVB281603). Armies: Combined Army / Shasvastii

Hidden in the permanent snow of the Huangdi plains, the Yáofáng will patiently watch for the enemy’s arrival, sound the alarm, and then deploy their weapons systems, opening fire on the enemy, who will be too surprised to return fire before they meet their end. 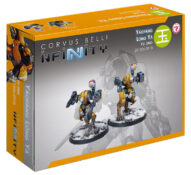 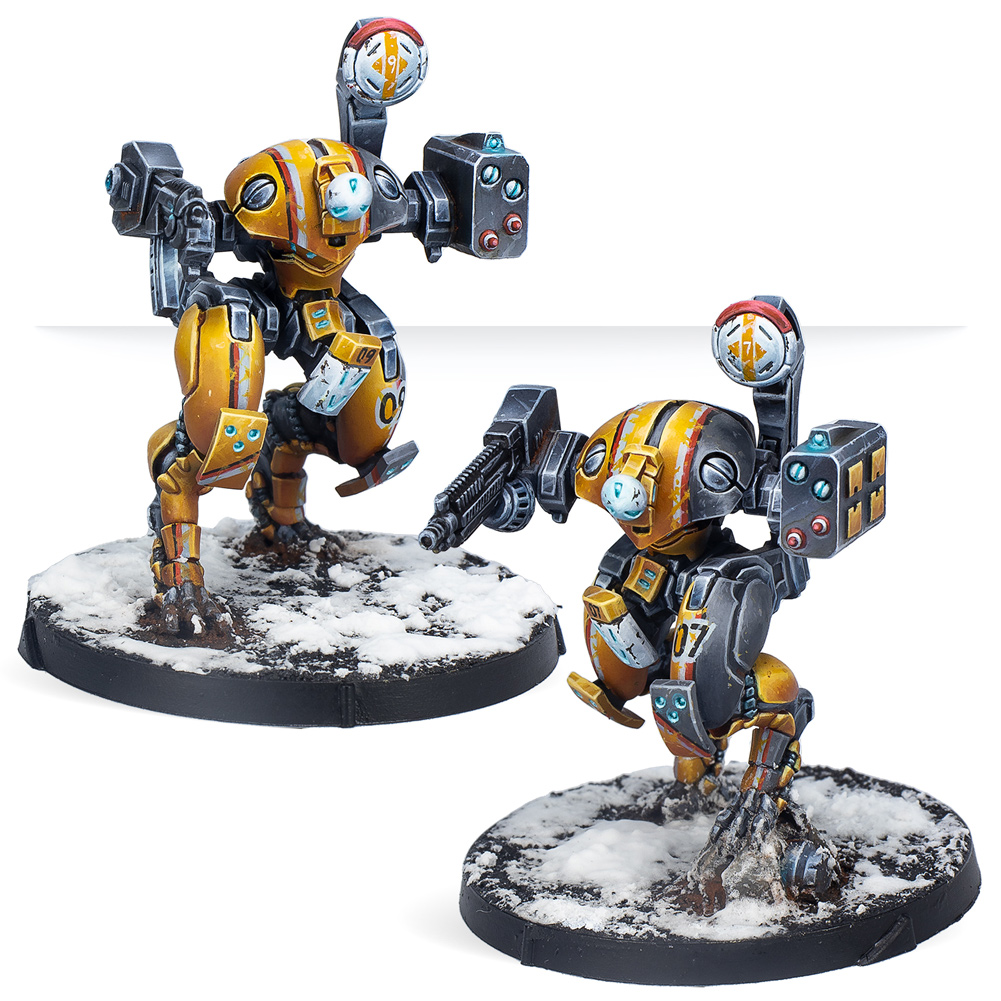 The Blackjacks are not only one of the toughest and most resistant units of USARF, but also one of the most lethal because of their firepower. If they are known as “The Winning Hand,” it is because their deployment in the AO always means a sure victory without concessions to the enemy. And it is because this unit has been created to withstand the brunt of the fighting and ultimately to put an end to the enemy. This is a recommended product for Infinity CodeOne.

The Blackjack armed with an AP HMG is the perfect Heavy Infantry to provide your Ariadna Force from Operation: Crimson Stone (CVB280036) with increased firepower. Armies: Ariadna /USAriadna

The TAGs of Tunguska receive their name of Szalamandra because of their similarity to the mythical salamander that could live in the midst of fire and who could also spitfire. This is a recommended product for Infinity CodeOne.

Its heavy armor allows it to withstand the toughest of punishments, just as its Hyper-Rapid Magnetic Cannon can neutralize any type of opposition. This is the required heavy support for your Nomad Army from Operation: Crimson Stone (CVB280036). Armies: Nomads / Tunguska