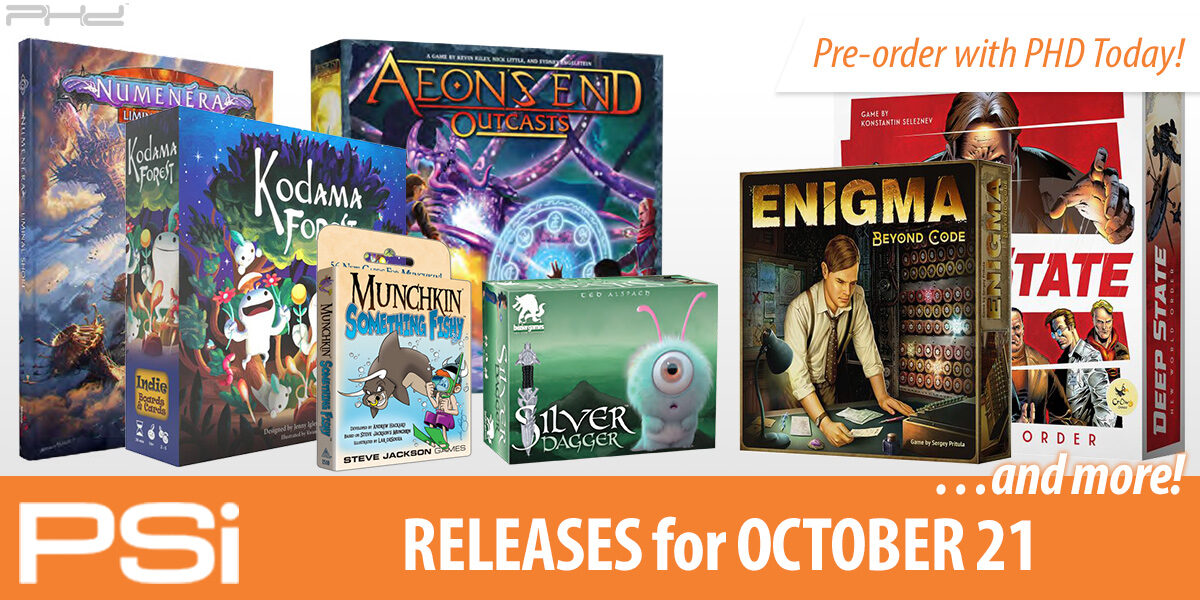 Thrive is a two-player abstract strategy game with incredibly simple rules that grows in complexity as you play. You play as one of two lotus flowers, competing to control the pond. Be the first to capture all but one of your opponent’s seed pods and win this game of tactical decision making! Each turn, you move a piece and then add two additional pegs to any of your pieces, giving them more possibilities for movement on future turns.

Silver Dagger is the fourth standalone game in the Silver series by Ted Alspach. This series of fast and engaging card games comes with a memory & werewolf twist!

In Silver Dagger, you’ll find 14 all new roles and abilities—some of which will have you strategically switching up the direction of gameplay, the #4 Zombie card in particular! Just like in real life, it’s pretty hard to get rid of Zombies; you can’t put them on top of the discard pile, and they need to be faceup just to pass them to the previous player. Fortunately, there are some really helpful roles, too, like the Debt Collector, which subtracts a point for each card held by your opponents, and the Halfling, who has the power to divide your entire score in half!

Like in other Silver games, call for a vote when you think you have the smallest number of werewolves circling your village. Your opponents will only have one more chance to save themselves, or to sabotage you! Combine with other Silver decks; each has unique abilities to combine with this deck or play as a standalone game. 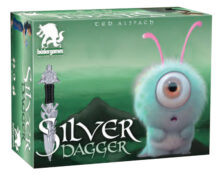 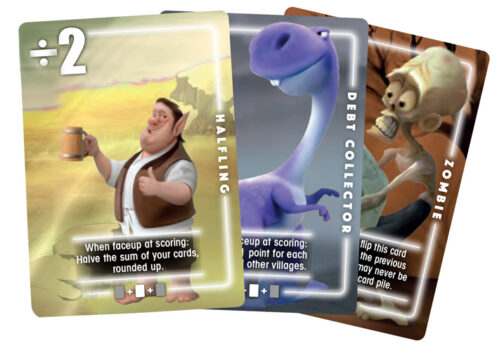 Deep State is a game of strategy, conspiracy, set collection, and a little bit of meeple placement, set in a dark, dystopian reality. The game events unfold around a secret and powerful organization called “The Committee.”

Its main goal is to create a unified global government by infiltrating political, financial, and social institutions, carrying out covert operations, taking the lead in the world-domination projects. 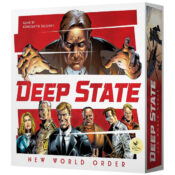 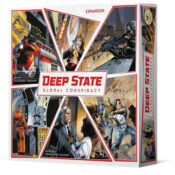 Events of the game happen during World War II, when a group of the best cryptanalysts go to the mysterious Victorian mansion hidden somewhere in Britain to help the Allies decipher the Enigma code being widely used by the Germans. But it’s not that simple. The Enigma code runs on pure Chaos—the supernatural energy that threatens to break out and destroy the world. And the team of cryptanalysts are not what they seem—each of them has a specific secret role and a goal that comes with it. 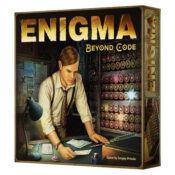 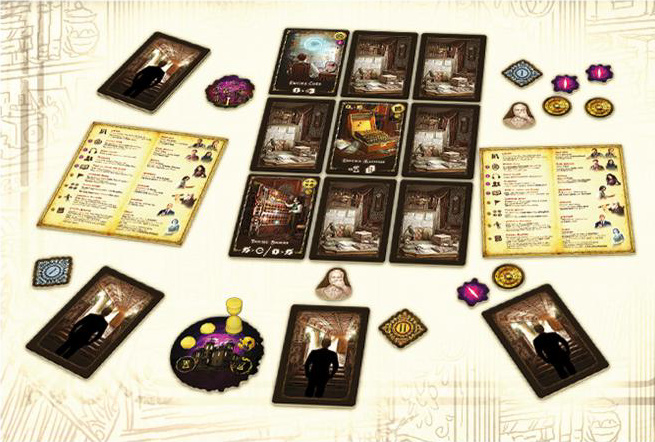 Aeon’s End: Outcasts continues the Expedition system that was introduced in Aeon’s End: New Age, which allows players to replay all of the content they own in a short campaign format. After each game, players will receive new treasures and player cards that allow them to become more powerful. However, the nemeses that players will face grow stronger and stronger with each battle. 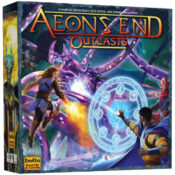 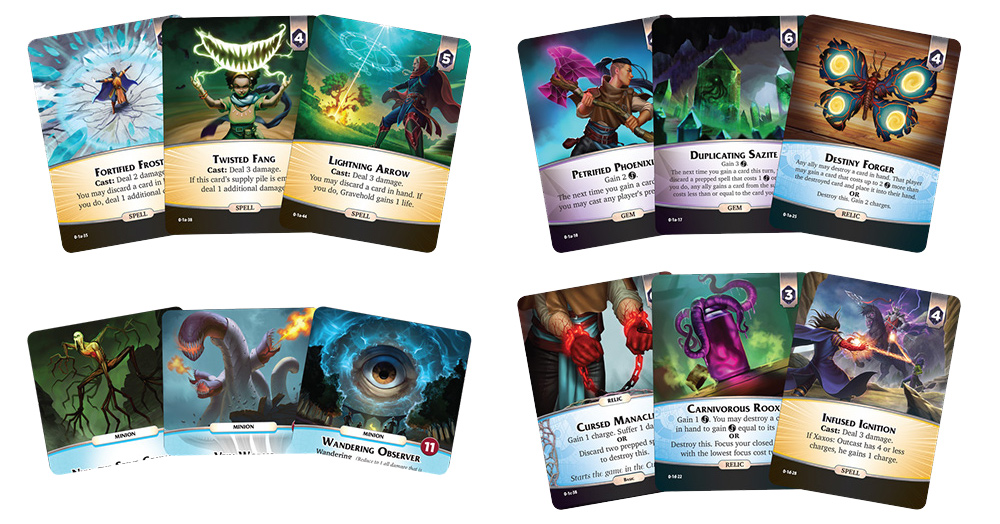 1–4
14+
20 min.
The Coldest Night is a cooperative strategy card game in which players feed fuel into a fire to keep it lit. Each card brings a certain amount of heat to the fire and also requires the fire to be above a certain heat to burn it. With the fire constantly dying out, players must work together against the encroaching cold to sequence their cards so everything in the deck can be burned. 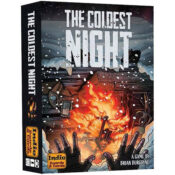 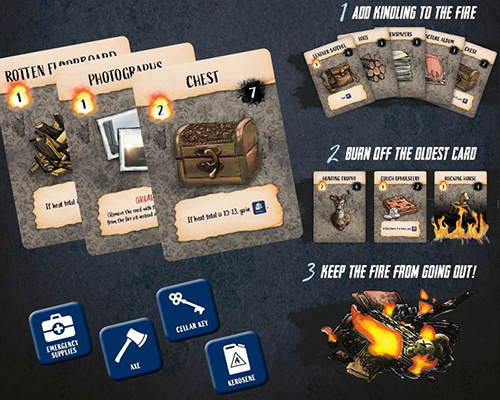 Springtime has come again, and your forest is blooming! However, the magical kodama spirits will only grace the lushest and most beautiful of landscapes. Plant bamboo and flowers to attract friendly pandas and butterflies to beautify your plot of land. Plan carefully to ensure that your two forests can be filled with as many plants and animals as possible in order to please the colorful kodama. 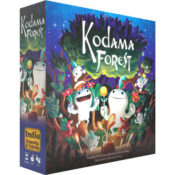 In Kodama Forest, everyone works with their neighbors to cover as much of their shared player boards as possible. Every round, each player places one tile on the board to their right and one tile on the board to their left. Forests are penalized for every uncovered dirt section and the game ends when one board has covered all of its “5” and “10” dirt spaces. Players score both of their shared boards, with the lowest combined score determining the winner. Balancing cooperation and competition is the key to victory.

Discover the magic. Dispel the shadow. In the two-player co-operative card game Disney Shadowed Kingdom, you enlist the help of your favorite Disney hero and team up with a friend to dispel the Shadow polluting The Kingdom and journey to discover lost Magic. 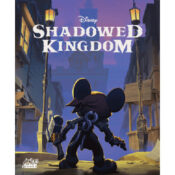 Gameplay revolves around silently adding cards face down to a 2×2 grid in one of two directions, causing cards to be pushed either into the hand of your partner for discovery or out of the grid completely, dispelling them from play. Each card that is discovered features either:

Disney heroes provide special powers that can be activated throughout the course of your journey. To win, max out your Magic Tracker before the Shadow Tracker is full. 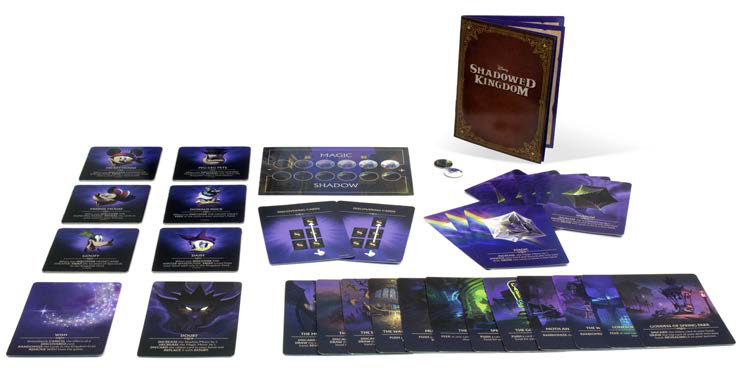 Over a billion years into the Earth’s future, great civilizations have risen and fallen, each attaining wonders beyond our wildest dreams and furthest imaginings. The remnants of these civilizations shaped the Ninth World into a beautiful but weird place of both wonder and danger. 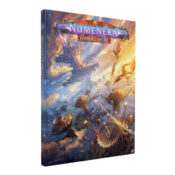 You have explored ruins of the ancient past and found the magic there called the numenera. You have wandered the Steadfast and the Beyond, to discover cities and peoples you never knew existed. You have dived the ocean deeps and found that there, too, lie wonders of the past. Perhaps you have even followed in the footsteps of the prior worlds and voyaged to the stars, or beyond.

Are you a dragon looking for companionship? Or just the adventurous type, looking to join the exciting dragon dating scene? Cindr is a push-your-luck dice game that allows players to set up a dating profile and then thumb through potential matches, seeing if a given dragon sounds compatible. If so, Meet Up and say hello—and if that goes well, push your luck, and take the Next Step. You never know, before the date is over, you may just take things to the Next Level! The better the dates go, the more love points you earn—but watch out, as just 3 Flames will leave you burned, scoreless and searching for love all over again. Will you be the first of your friends to find love and fulfillment? 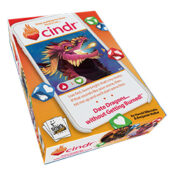 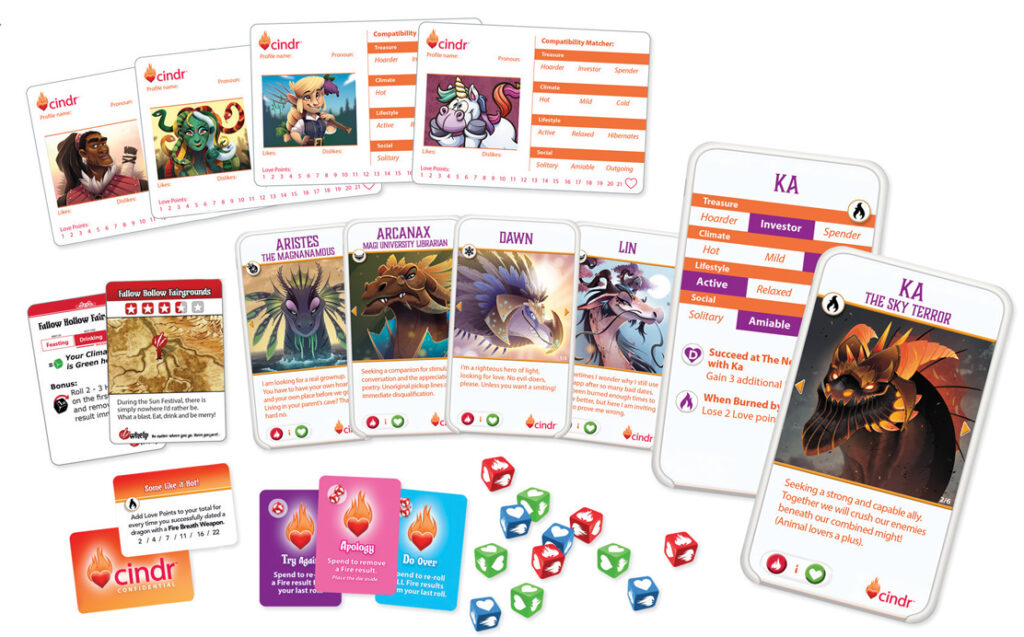 Either the dungeon has flooded or you took a very wrong turn somewhere, because you don’t remember The Flaming Hellscape being this damp. No time to look back, however…there are all sorts of fun new monsters to fight and odd new weapons to do it with. Are you the king of the sea, or will you take a dive? There’s only one way to find out…check out Munchkin Something Fishy today! 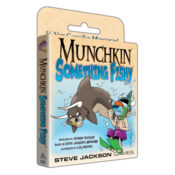 Munchkin: Tails of the Season

The only thing people love more than cute animals is cute animals at Christmas, and that’s what you’ll get in this holiday mini-expansion to this summer’s Munchkin Tails! Andrew Hackard and Katie Cook are back with 15 more adorable cards—an ideal stocking stuffer for your four-footed friends! (Assuming they can read and like playing games. Otherwise, maybe give this to your kids—or yourself!) This works perfectly with Munchkin Tails, of course, but it can also be used with any Munchkin set. 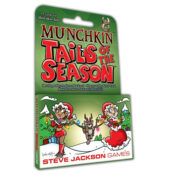